A QUEST FOR EMANCIPATION?

From April 20 to 26, the goEastfilm Festival was held in Wiesbaden for its twenty-first edition. Despite the health crisis, some of the films were shown on the big screen, in Caligari cinema, located in the center of this charming German city. Nine fictional films and seven documentaries were in the official competition.

The FIPRESCI jury had the chance to meet face-to-face and see films together. The deliberations were quite easy, as there was unanimous support for our favorite films. Bébia, à mon seul désir was the last film screened in the competition and the winner of Fiction International Critics’s Prize..

If we have chosen to award him, it’s because of his mystery and his aesthetic standards. After a second viewing, this feeling of fascination toward the opacity of the film persists.

It’s not the fault of the plot itself, which is not too complicated. The pitch ? Ariadna returns to her hometown in Georgia upon the death of her grandmother, to attend her funeral. Raised by a mother and a grandmother without a strong maternal sense, Ariadna believed she had freed herself from the family shackles by working abroad. But when she comes back, the teenager realises she is not very free yet...

Furthermore, her mother forced her to perform an old georgian ritual: stretching a thread from the hospital to the coffin, in order to link the body and soul of her late grandmother. Ariadna's odyssey lasts twenty five kilometers long. It’s is interspersed with scenes from her childhood everyday life: Ariadna in dance class, Ariadna at school, Ariadna having her hair styled by her grandmother, etc. The pilgrimage and its unexpected meetings constitute her present. At the end, Ariadna manages to tie the thread to her grandmother's coffin and learns what everyone already suspected: her own mother is sick and dying.

So why Bébia, à mon seul désir is such a difficult film to apprehend? Because the alternation of flashbacks is somewhat anarchic, just like the recollection of memories from our memory. When Ariadna turns around on a bridge to see her fellow traveler reaching out to the sky with the thread in his hands, a scene of her as a young student appears. Ariadna walks down a very narrow alley, satchel in hand. Then the magic of match cut operates. We find her continuing her walk with the spool of thread in her hand. The sound of the stream seems to unite these scenes, but for what reason? The places are so different. They only have in common the narrowness of a passage. These kind of seemingly anecdotal scenes accumulate, even if it gives some of sense of length to the viewer.

With this award, we wanted also to salute the aesthetic of the film directed by Juja Dobrachkous. Black and white is not just a stylistic effect to look pretty, it makes sense in several ways. On the one hand, it brings out the autobiographical dimension of the story and the past memories (think of Tetro from Coppola or Roma directed by Cuaron). On the other hand, it immerses us in time immemorial, where the myth of the breadcrumb trail allowed to find his own way back. With Bébia, à mon seul désir, we are invited to lose ourselves in this labyrinth of stories and scattered emotions, all linked thanks to the protagonist. It’s our responsibility to resist any easy judgments. It’s to us to figure out what there is to understand. It’s to us to embrace the chaos of untimely memories and unstable human relationships. 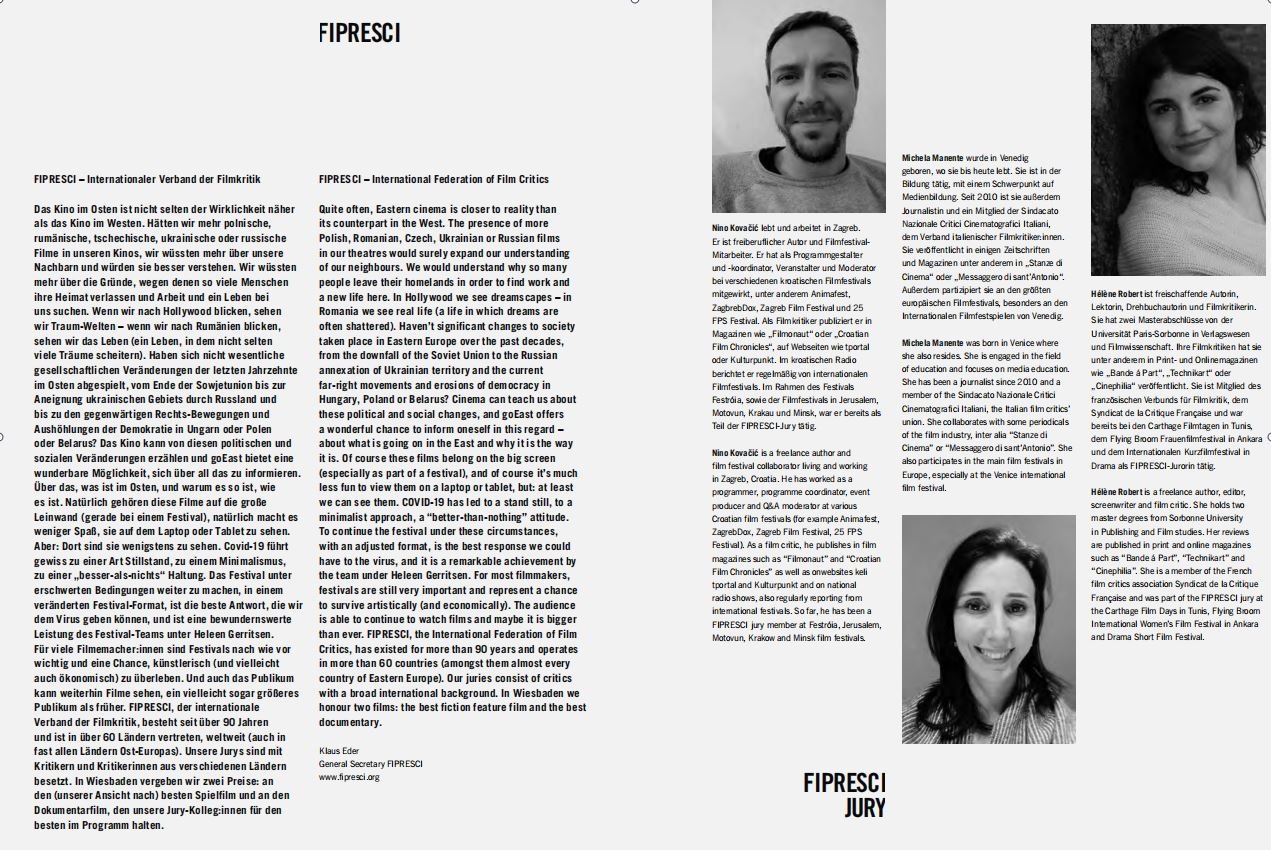